Velia De Iuliis, San Francisco, splits her time between the bay area & Los Angeles, CA. Her paintings predominantly reflect her fascination with symmetry seen in nature, in contrast to the chaos that can be found in an urban world. She received her BFA with distinction in illustration from the California College of the Arts in 2013.

In Agua Prieta, across the US Border between Mexico and Arizona, Velia has dedicated days to painting two murals. One that is a two part bi-national mural to express community, shared space and the divide that we've created with the wall. 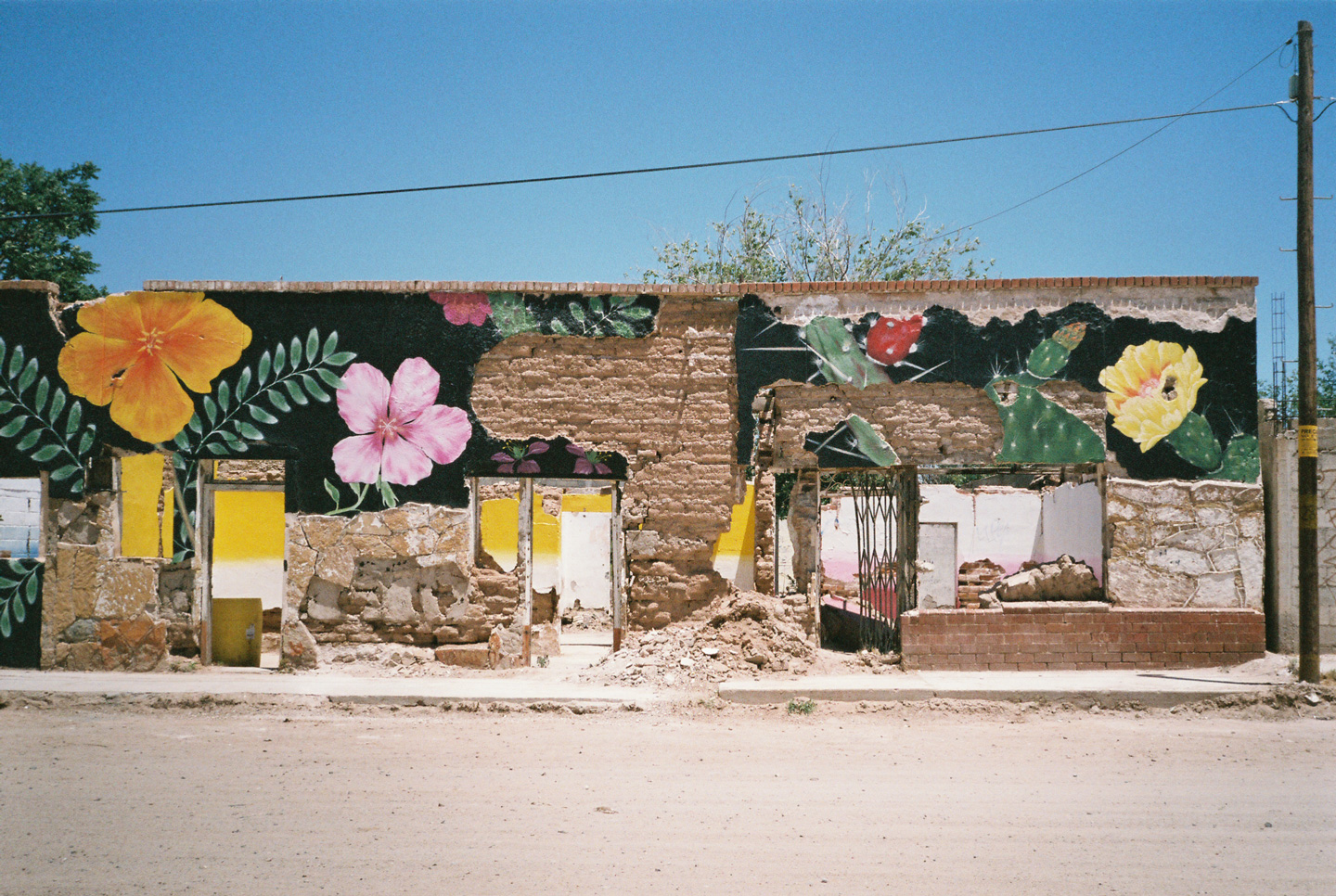 The second mural highlights Flora & Fauna, which thrive in both the Sonora & Arizona areas. Painted on both walls speaking to the cross-pollination of nature and the conversation of nature without borders. 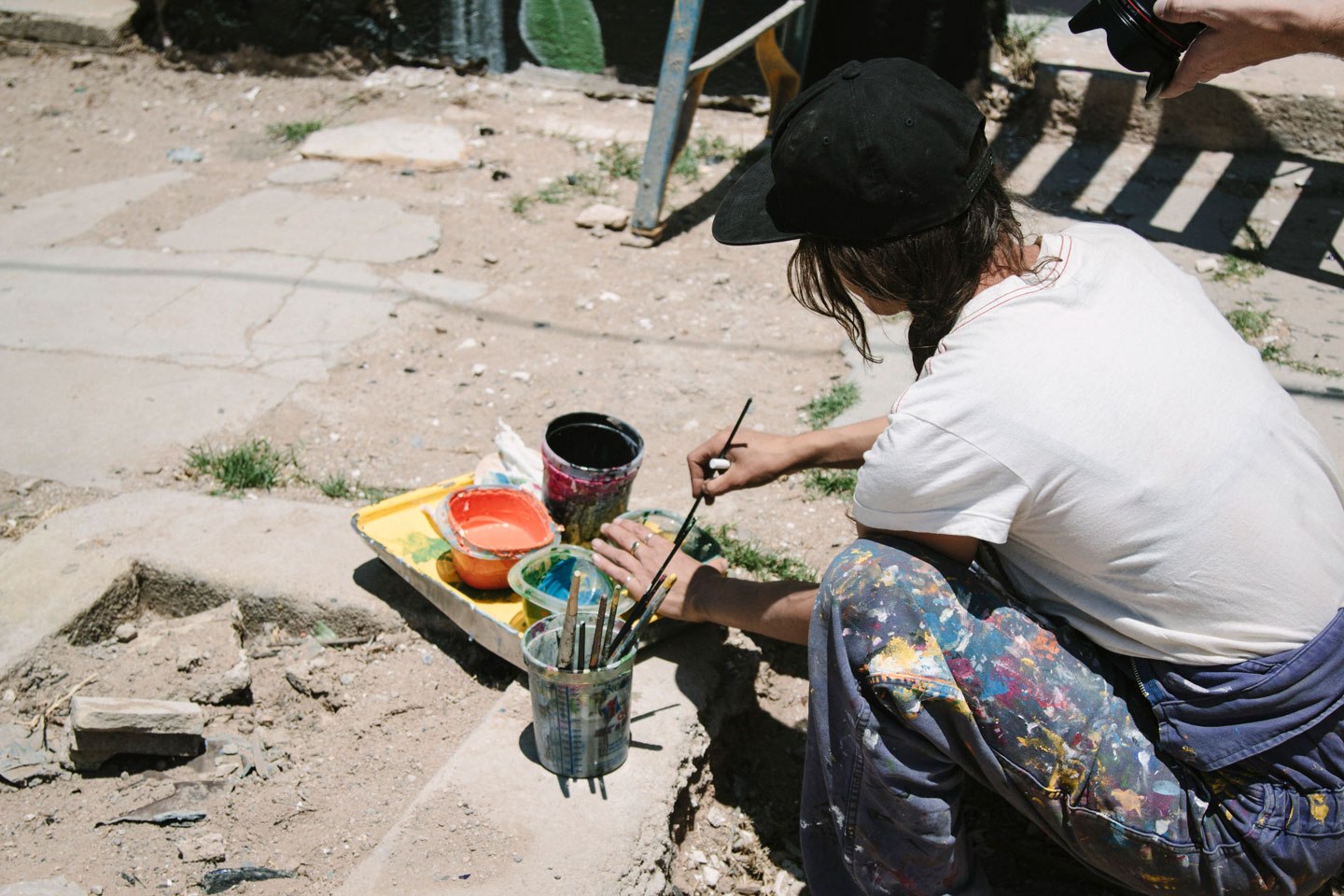 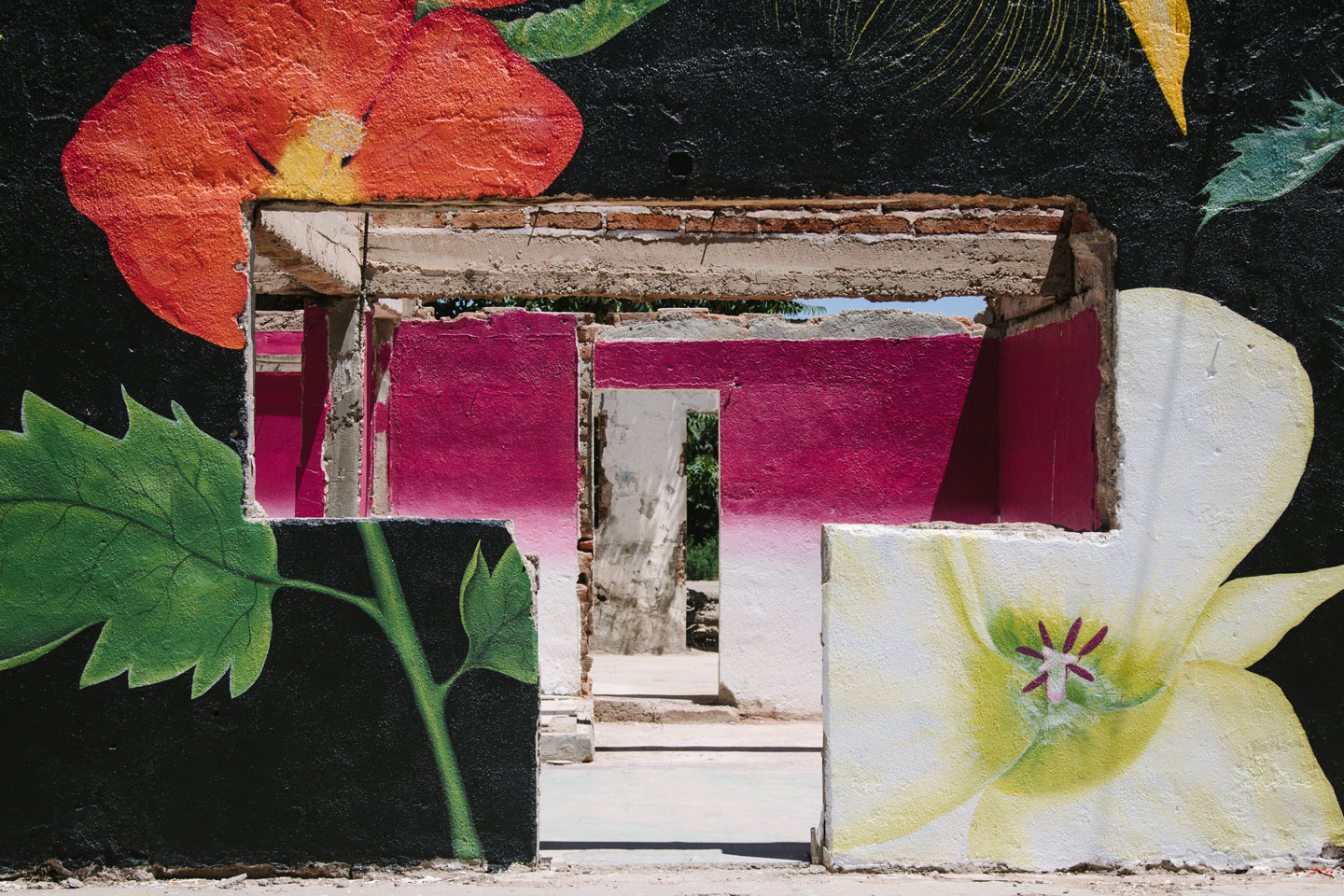 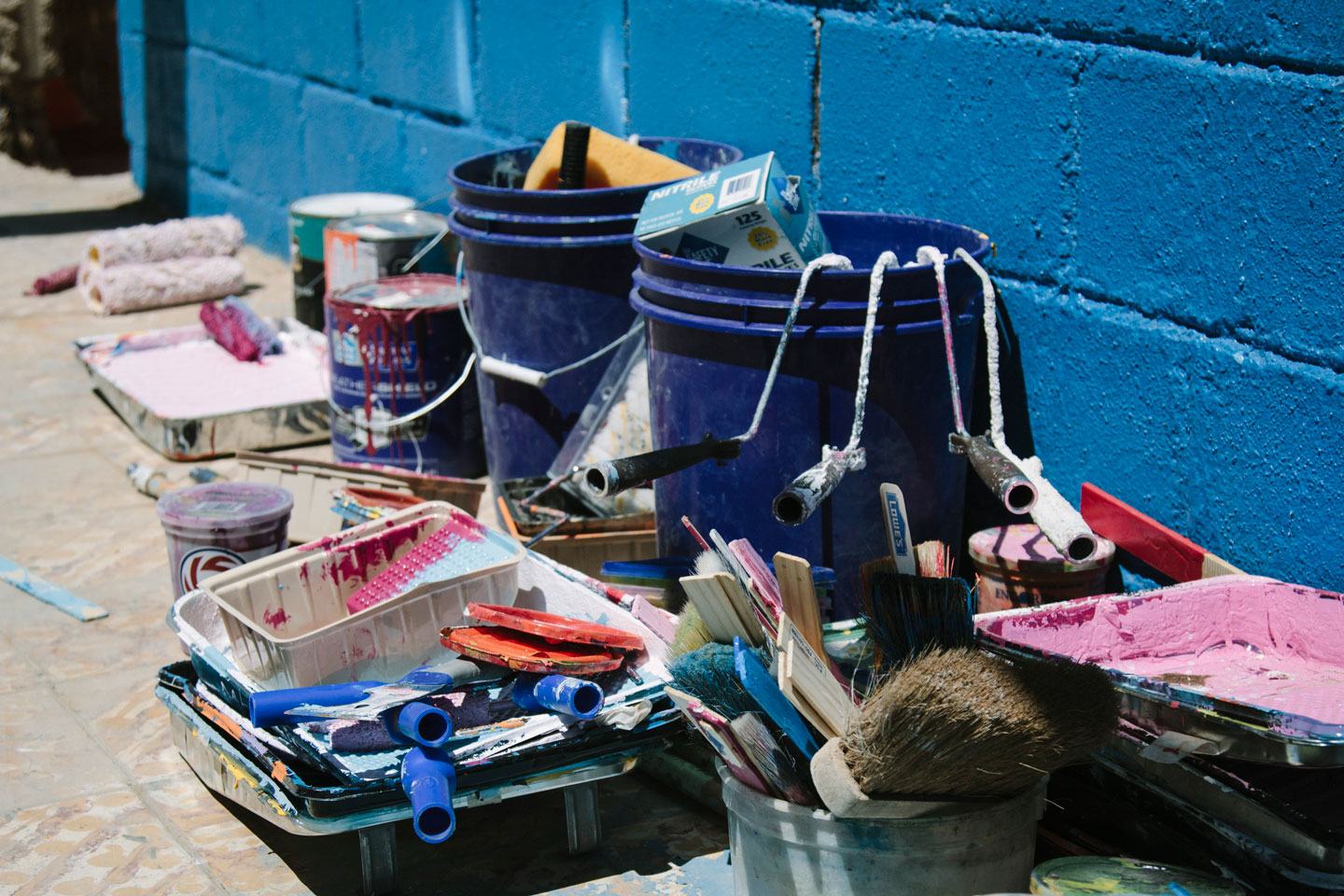 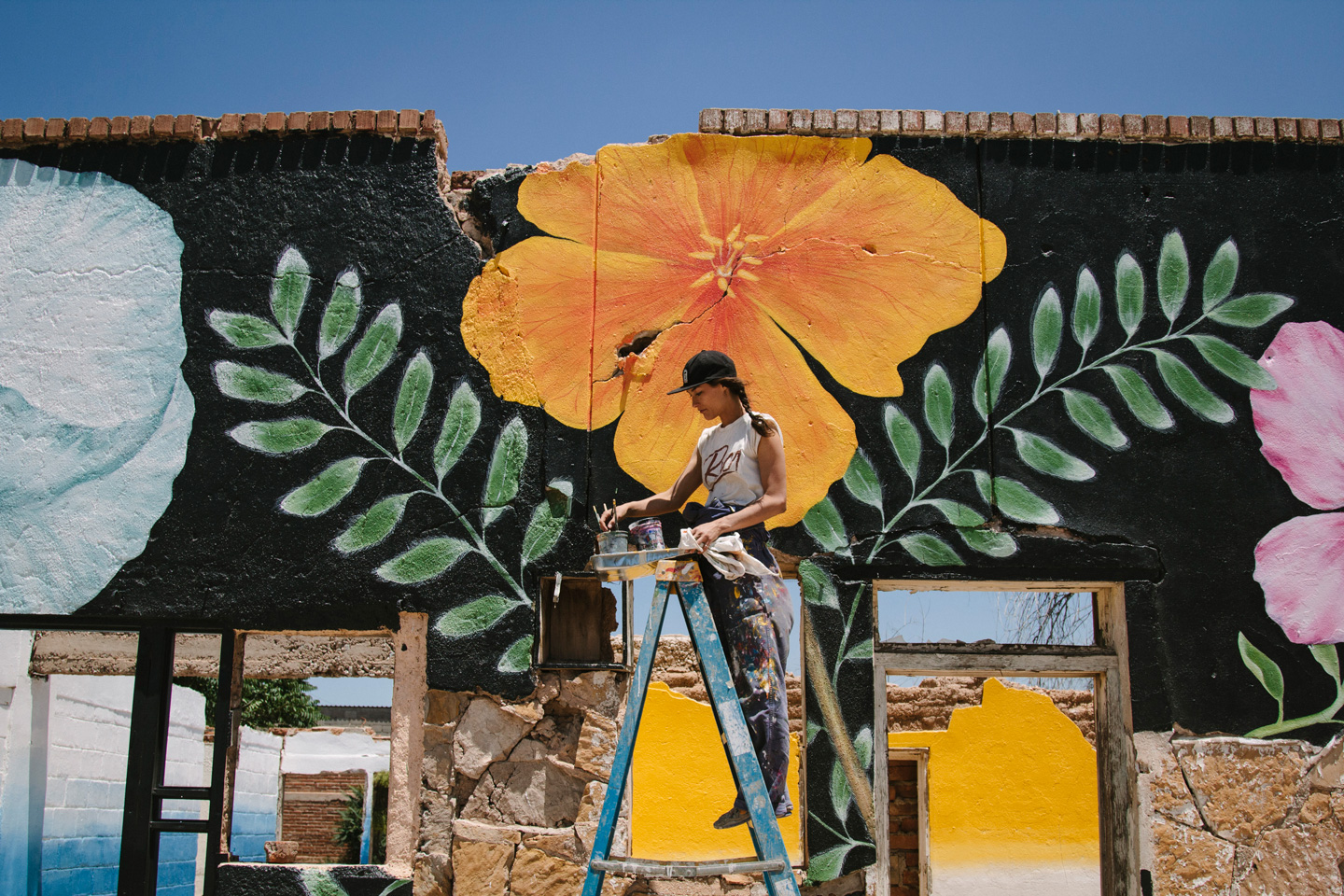 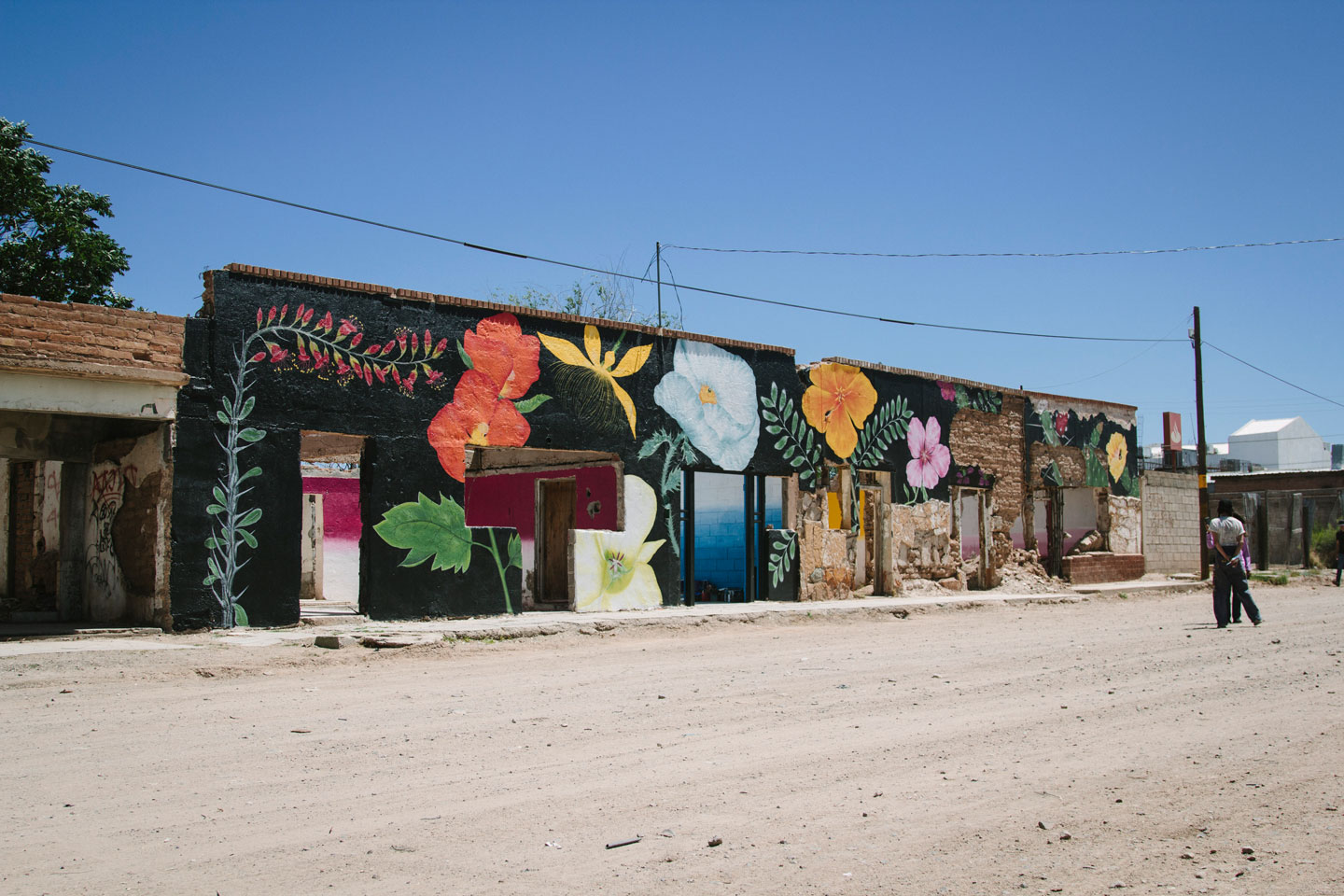