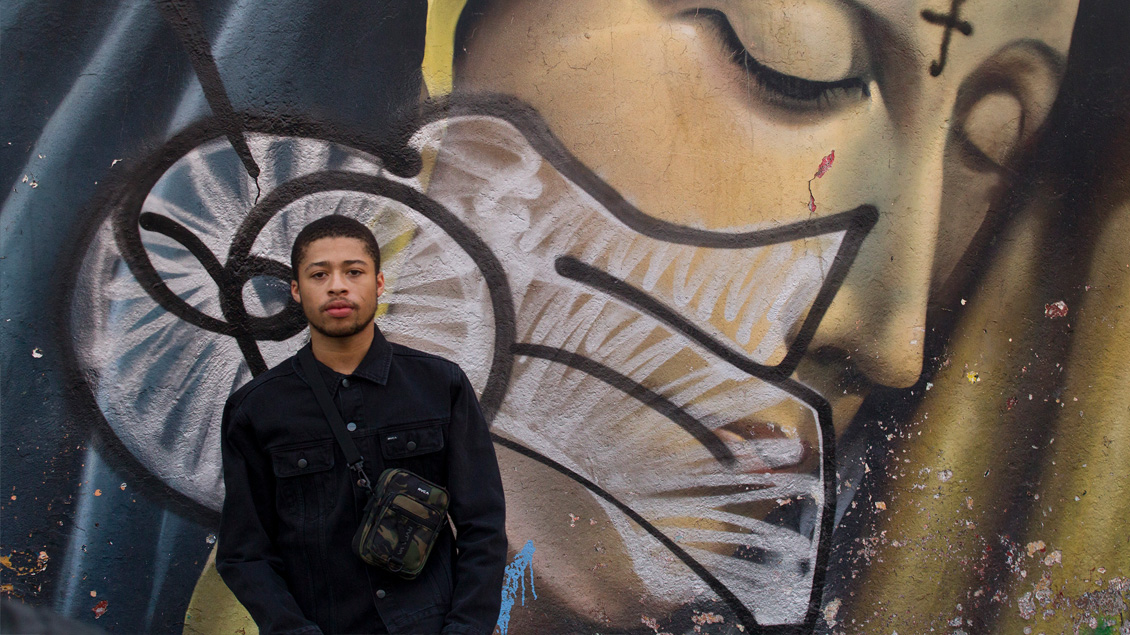 As skaters, we deal with police and security guards often. What have your interactions with police been like while skating?

My experiences with police and security guards while skateboarding has been both good and bad. Seeing as how I live in Los Angeles skate culture is a little bit more accepted, but that doesn’t mean I haven’t come across racists. I’ve been sat in a cop car while other non-black friends weren’t even being detained, gotten questions if I have weapons or if I’m in a gang when I have a skateboard and look nothing like a gangbanger.

What can white skaters do when they see something like this going on?

White skaters can help by filming the situation going on, taking note of badge numbers, and reporting the officers or security guards when things are escalated.

Do you think there is racism instilled within the skateboard industry?

There definitely can be racism that is quietly lingering in the industry, but since skating is so diverse it would make sales hard for said racist to make money. So with that being said I do feel like there can be closet racists in the industry.

Have you ever tried to speak out against it or work to combat it?

I have always gone against and spoke out about this matter because I live life being black every day so that in itself is like “combat.” But recently, I’ve been more vocal about the things going on. I’m lucky enough to have some real people and sponsors in the skate industry that try to speak out and encourage us to speak out for what’s right. Skateboarding being so diverse has made it possible for a group of people who probably wouldn’t be friends to get together and learn about each other.

When was the first time you saw a cop use excessive violence, either on video or in real life if that’s happened?

The first time I saw police brutality I was seven years old in front of my house. And I’ve seen it plenty of times after. I was scared because I had never seen anything like that before. And I ended up becoming a victim of that type of shit.

What are your thoughts on the Black Lives Matter movement?

The black lives matter movement is cool to me but it’s bigger than just that, there have been loads of organizations fighting for my peoples’ rights for decades. Including my own ancestors so its bigger than just BLM.
Voices are being heard but there is always gonna be that animosity between these two races of people. Once people teach to not hate is when things will be okay.

Have you ever heard white skateboarders use the N-word?

I’ve heard it but that’s not something to make a thing out of, I’ve gotten into the habit of telling fools not to say it.
At first, I was fully oblivious to the fact that they were using it. Then my mom got on my head and was like, “Check anyone saying it that isn’t black.” At the end of the day, it shouldn’t be said, but as black people, we took that word that was degrading to us and made it apart of our culture. It’s not a good word, but that’s just how shit goes after 400 years of being called the “N-word.”

What can the normal, unsponsored skater do to support black skaters they like?

They can help or uplift black skaters by including them. Help them learn, look out for them, and just keep it real as you would with any other person. White skaters can simply just repost things on Instagram, sign petitions, donate give back to those less fortunate, and be an ally. During protest try and make sure black people aren’t being mistreated. Don’t be the problem by looting and throwing shit at cops, because the first people they will come for are the black people and not the white people who looted a store.
Just spread love and do away with hate. Teach the next generation to be kind.