Last Friday night kicked off with a banger of a party at RVCA HQ, drawing people from near and far to watch the world premiere of Toy Machine’s latest video release, ‘Programming Injection’. As the sun went down, crowds began filling the airy office space, enjoying pizza, beer and an excited buzz of expectation for this latest offering from the cult favorite board brand. By 8pm the space was packed, far exceeding safe occupancy — and, eventually, noise complaint — levels, and with the dimming of the lights and first flickers on the screen, the hoots and hollers began and didn’t cease until minutes after the film finished. What transpired during the 30-ish minute duration of this latest cinematic offering from Ed Templeton and his motley crew of most loyal pawns, is yet to be revealed. Check in at ThrasherMagazine.com over the coming weeks to view segmented parts, and eventually the entire film, shot and edited by Don Luong. 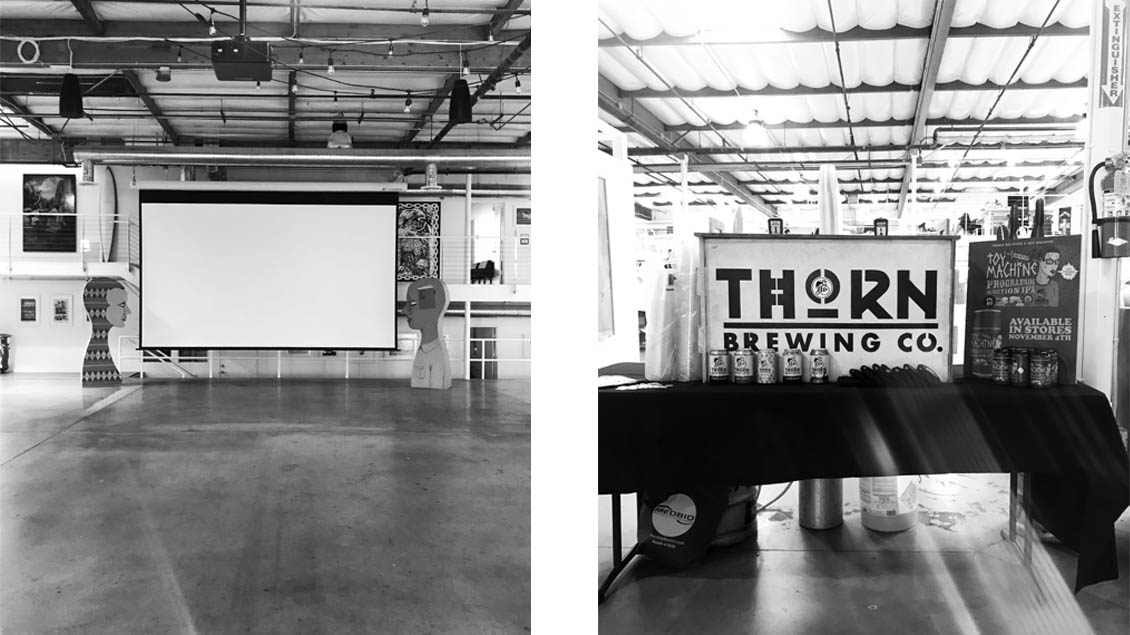 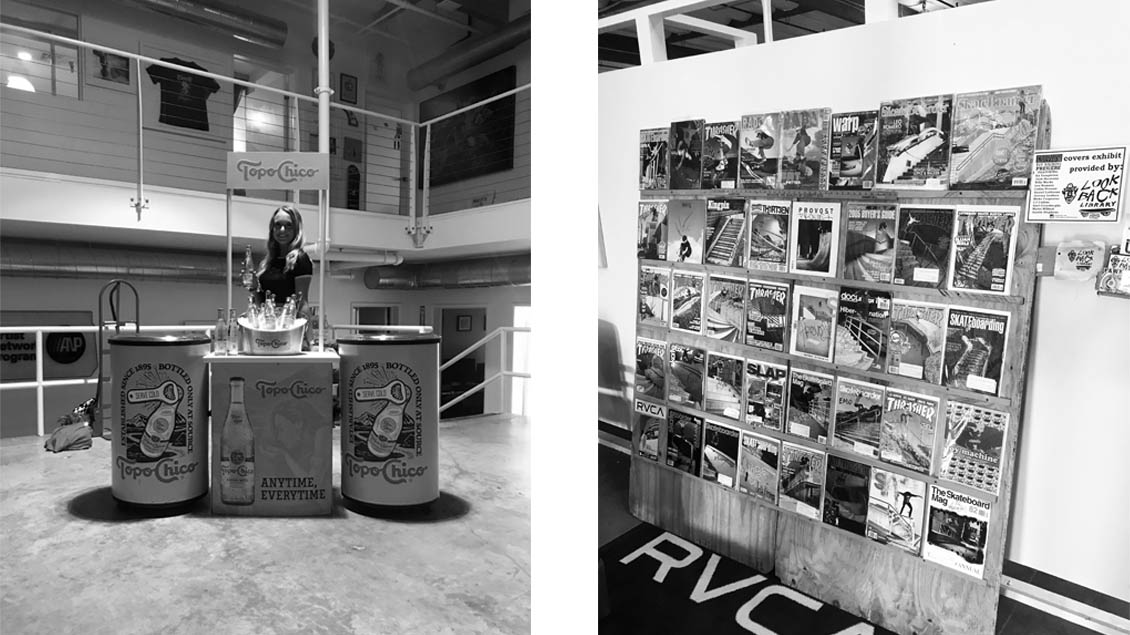 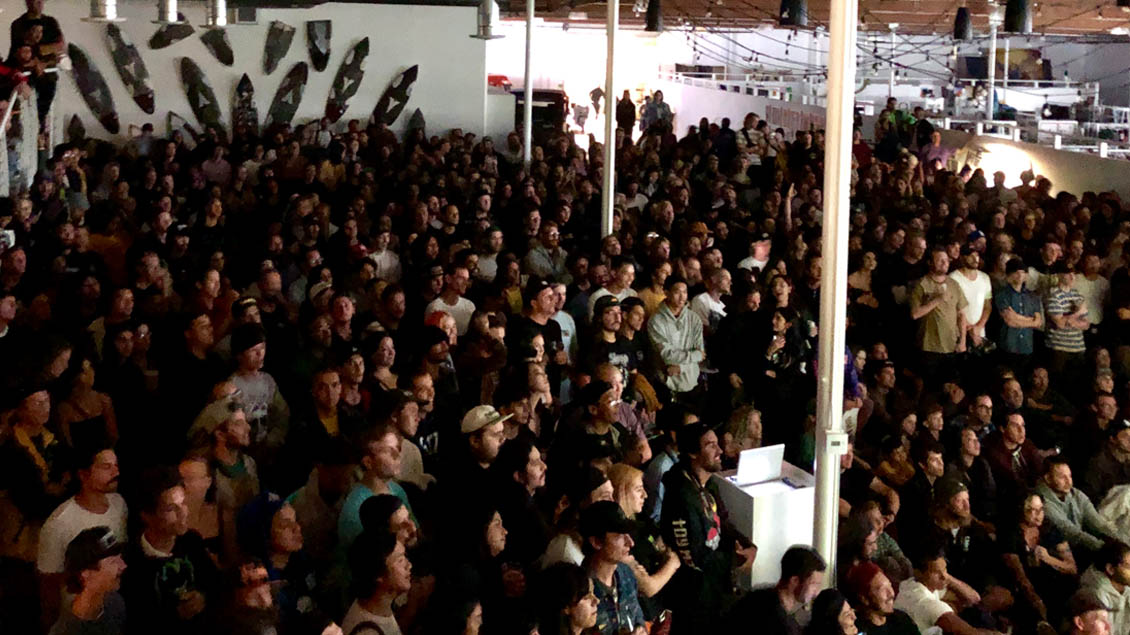 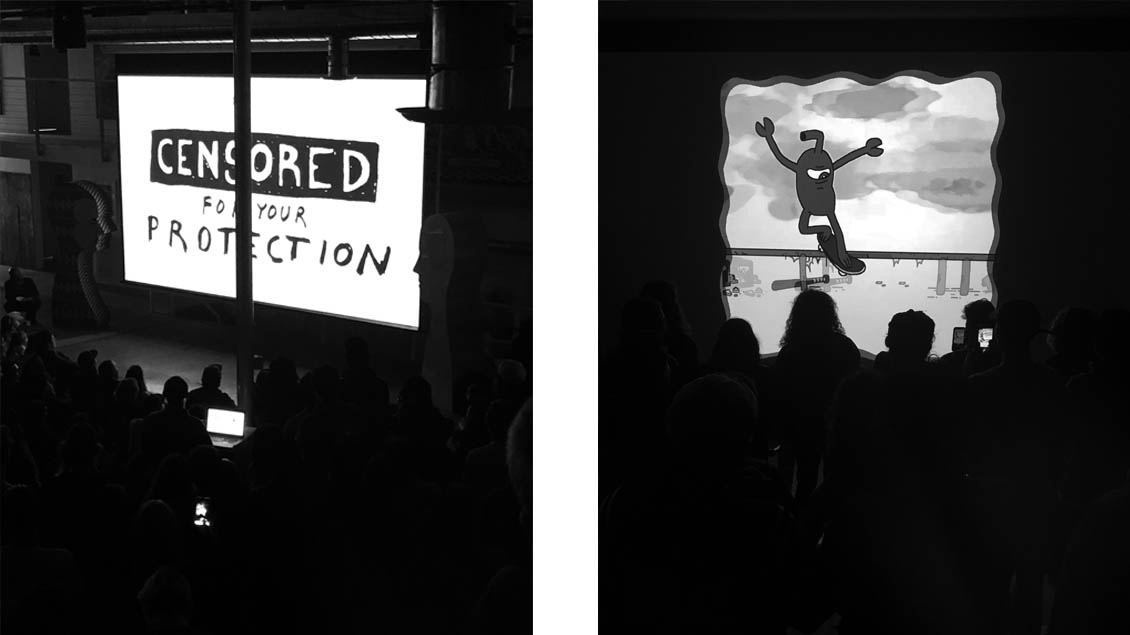 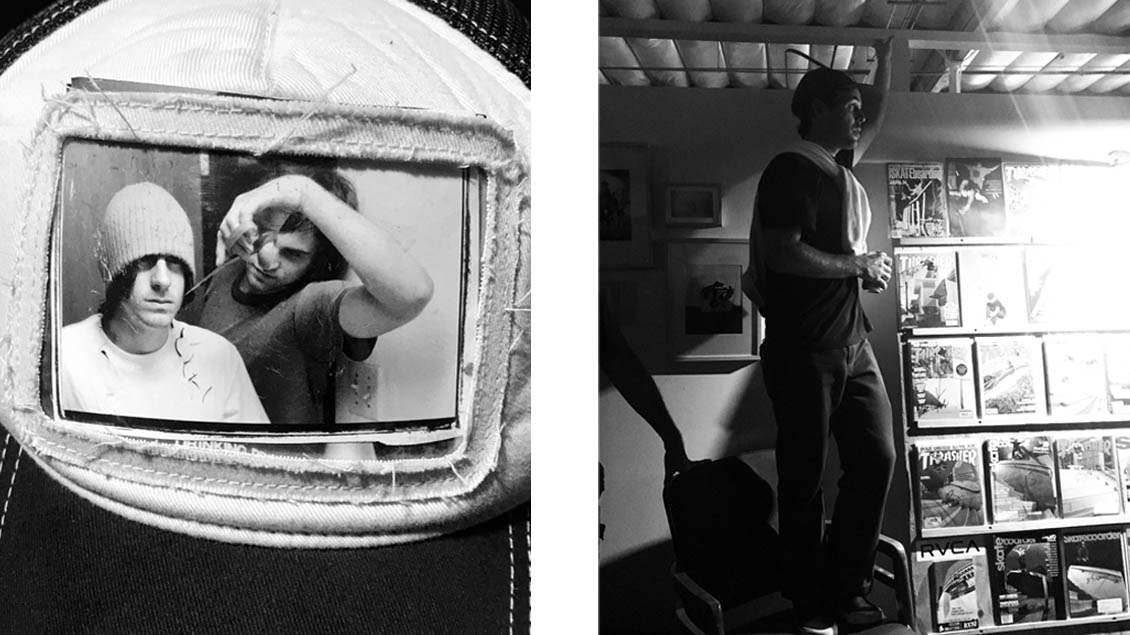 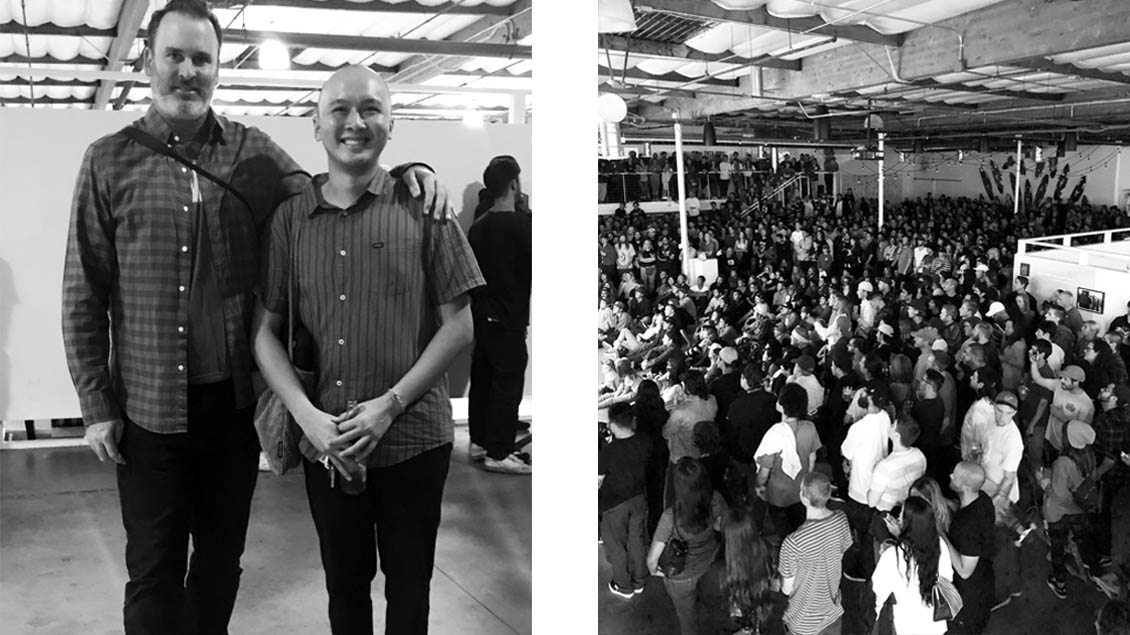